Machine versus Living Being

The organisational arrangement of a collective or a group may find itself somewhere on a spectrum which has on its one end the view of fully structured and mechanised “machine” and on the other that of an organically growing “living being.” In other words, a collective may organise itself like a machine or view itself as a living being or somewhere on the continuum between the two. The machine view can be explained using an example of a television. Here, the whole (TV) comprises of parts such as the LCD panel, electronics, speakers, etc., implying that the television is assembled from all these parts and for it to operate all the parts must perform optimally otherwise the part(s) need to replaced. On the other end, a living organisation could be understood using the previously mentioned analogy of the seed (part) and the ecosystem (whole). As opposed to the machine view, an organisation as a living being continuously interacts, grows and adapts with the changing environment.

The sharp contrast between these two views illuminates a host of core assumptions about management and organisations.[i]

Arie de Geus, who worked at Shell for close to forty years, and his team researched the factors effecting the longevity of a company. They selected companies that were older than Shell group, i.e. companies that existed prior to the last quarter of the nineteenth century. The other criteria for sample selection were that the companies must be business leaders in their own industry, be as big as Shell, and have corporate identity. After studying 30 such companies ranging from 100 to 700 years old, the team’s major finding was that these companies “have a personality that allows them to evolve harmoniously. They know who they are, understand how they fit into the world, value new ideas and new people, and husband their money in a way that allows them to govern their future.”[ii]

Ironically, this is just as much applicable at the level of an individual, once again emphasising the identity between individual and collective. At the same time, the question arises – what is this distinct “personality” that allows a harmonious growth, facilitates an understanding of how one “fit[s] into the world”, and “allows them to govern their future”. An answer to this may be found in what is not being said in this finding by the Shell research team. Sri Aurobindo reminds us that behind a body, an organic life, a moral and aesthetic temperament of both an individual and a collective (nation, society, organisation) exists “a developing mind and a soul” for the sake of which all the outer instruments and powers exist.[iii]

It is this “developing mind and soul” that is behind the constantly evolving, adaptive and growth processes going on in a living organisation which results in its continuous self-discovery. According to Sri Aurobindo, the purpose of a collective’s existence is to seek its own self-fulfilment, just like an individual. He adds,

“it strives rightly to find itself, to become aware within itself of the law and power of its own being and to fulfil it as perfectly as possible, to realise all its potentialities, to live its own self-revealing life. The reason is the same; for this too is a being, a living power of the eternal Truth, a self-manifestation of the cosmic Spirit…”[iv]

As we reflect a bit more on this thought, especially in the light of self-development and self-fulfilment being the primal law and purpose of life, we are further reminded of the identity of nature between the individual and the collective. And yet, there is a major difference. That difference, according to Sri Aurobindo, rests in the fact that the soul of a group or a collective being is much more complex in nature than that of an individual being.

“…the group-soul is much more complex because it has a great number of partly self-conscious mental individuals for the constituents of its physical being instead of an association of merely vital subconscious cells.”[v]

The above idea also tells us that individual paths of self-development – though varied and diverse, have a direct impact on the collective pursuit of an institution’s or organisation’s own self-finding and growth. It, therefore, becomes essential for an organisation or any collective to facilitate its individual members in their journeys of self-development and self-fulfilment. This is what makes an organisation a living one. And only a living organisation can consciously begin its journey of discovering its true purpose.

The closely inter-twined journeys of self-development on the individual and collective levels require a symbiotic relationship. In the event of the break-down of such a relationship, a sense of disassociation begins to creep in. In a Gallup survey on employee engagement[footnote 1] conducted at twenty-three emerging markets during 2011 and 2012 revealed that only about 1 in 10 employees is engaged at work. More troubling is that 31% are “actively disengaged” meaning that they’re not simply failing to meet their potential, they’re also acting out in ways that measurably damage their organisation, or in other words are indicating that they are unhappy and unproductive at work and liable to spread negativity to co-workers, having no pride or any feelings or association with the organisation. Worldwide, actively disengaged employees outnumber engaged employees by 2:1.[vi] Experts provide several reasons for high proportion of “actively disengaged” employees.

We suggest that the predominant psychological reason for such disengagement could be that workplaces are unable to provide their employees with a sense of self-fulfilment and a feeling of continuous personal growth outside of professional rewards. In other words, while professional rewards such as increased salaries and promotions may satisfy some part of the being, the effectiveness of these measures seem to diminish with time as vital needs of professional satisfaction and advancement are fulfilled. That is when higher level personal growth needs and a deeper sense of self-fulfilment are what the individual needs. And if a workplace is unable to facilitate this, workers begin to disengage from the organisation.

Gallup has been conducting such employee engagement surveys since the turn of the century. Dr. Ron Friedman in his book “The Best Place to Work: The Art and Science of Creating an Extraordinary Workplace” writes:

“You would think Gallup’s data would incite a major workplace overhaul—that business leaders would laser in on employee engagement with all the urgency and resolve they’d devote to a manufacturing flaw. Except that’s not what’s happened. Gallup’s data suggest that practically nothing has changed since it began tracking employee engagement near the turn of the twenty-first century. In 2012, 30 percent of American employees were engaged at their job. A decade prior, that number was exactly the same.”[vii]

One possible explanation for excessively slow or no change in the overall workplace culture may be that anything that has to do with employee engagement takes the organisation into its subjective realms. It is highly likely that poor employee engagement is due to their lack of identification with the organisation – again a subjective idea. In contrast to fixing problems that are more objective in nature (such as replacing part of a machine, correcting problems with supply of raw material, increasing process efficiency by time and motion studies etc.) concerns of subjective nature take much longer to be understood and addressed. Both the understanding and the addressing of such concerns must happen at two inter-connected levels, that of the individual members in all their diversity as well as the larger collective. For example, the issue of facilitating greater employee identification and association with the organisation, it must be realised that this has to happen at all levels, beginning with the outer and going inward. This implies that workers may feel a greater identification when they can connect more with the raison d’etre of the organisation.

This necessitates that we must first understand how an organisation proceeds on the path of discovering its raison d’etre, its very purpose of existence.

[footnote 1] Worldwide engagement surveys are conducted at organisations.[1] They provide insight to the extent to which employees feel passionate about their jobs, are committed to the organisation.

[vii]  Ron Friedman. 2014.The Best Place to Work: The Art and Science of Creating an Extraordinary Workplace. TarcherPerigee). E-book. Paragraph 22.4.

4 thoughts on “In Search of Organisational Soul – I (Part 2)” 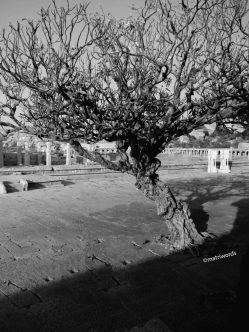 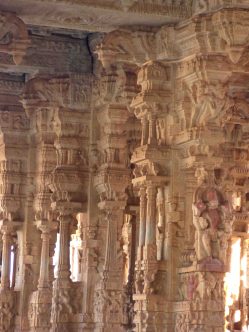 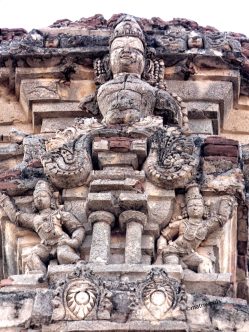 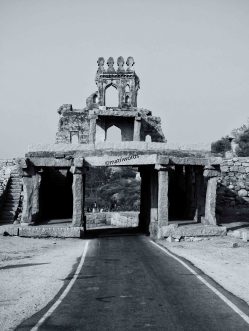 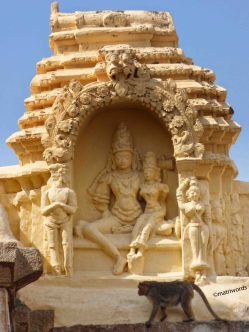 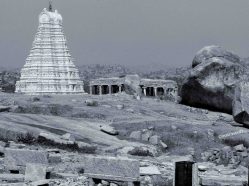 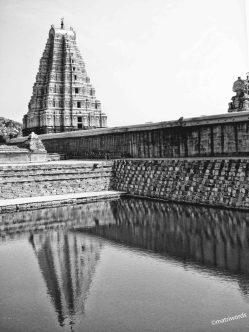 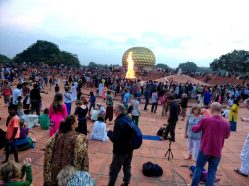 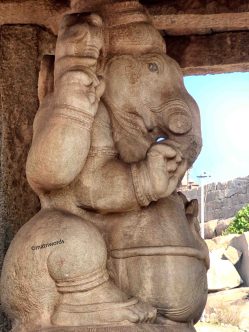 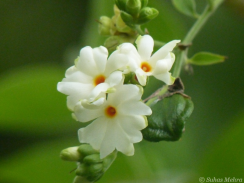 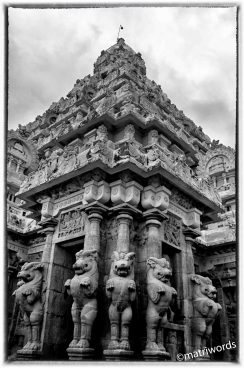 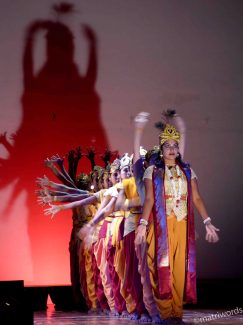 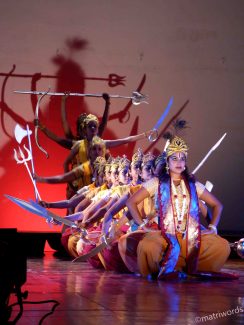 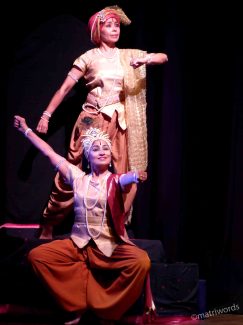 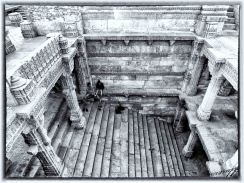 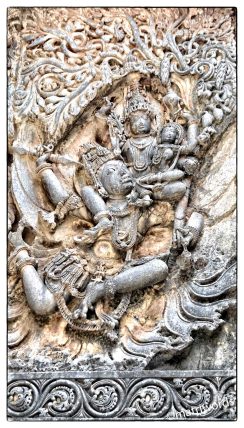 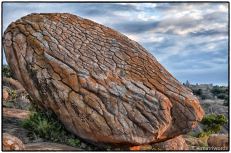 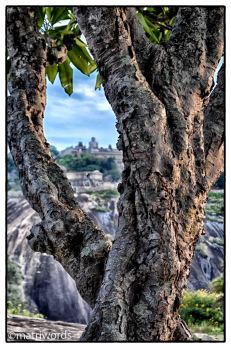 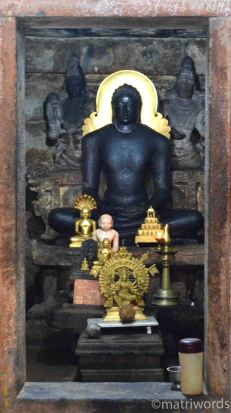 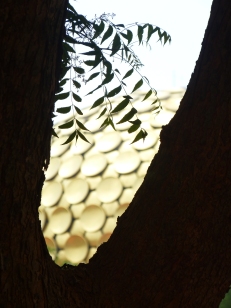 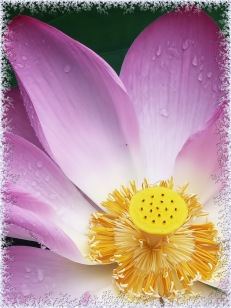