Initial Sense of Discovering the Soul

Let us go back to the ideal we set before us in the first part of this paper – the ideal of an organisation set up primarily for soul discovery, Sri Aurobindo Ashram. Two fundamental and non-negotiable characteristics of such an organisation are:

Such an institution enables its members to discover and experience for themselves the truth that a deep need for the kind of self-development which enables an individual to get in touch with those higher planes and to lead his or her life in the light of that higher truth exists in all individuals. In most cases the individuals may not be conscious of such a need, and in some ways one of the chief purpose of such a soul-seeking institution is to facilitate the individual’s process of becoming more conscious of this need through various outer activities and experiences, as long as the individual himself or herself is putting in the necessary effort and aspiration.

In the world of business the idea of believing in something beyond mental plane might seem far-fetched. And yet we see examples like Satya Nadella speaking of “customer love” as the leading indicator of company’s success.[i] This is not a typical, measurable, objective financial parameter. It suggests quite a departure from the conventional measure of success. It emphasises a subjective or an experiential quality which individuals experience vis-a-vis the company. Success in terms of the “customer love” implies that the company is employing a forward-looking indicator in the sense that a greater customer love which can also be sustained over a period of time may hopefully yield its reward only in the long run.

Of course, many questions emerge – how to measure a subjective indicator like “customer love,” how to track such an indicator over time? But these questions seem difficult or even relevant and worth considering only when we try to seek answers or look at the whole issue of company’s success using our present mental processes of reasoning, analysing and deducing. As the organisations begin to enter more and more into their subjective group-consciousness, they are bound to develop a greater ‘feel’ for how individuals relate to the collective consciousness of the organisation, as customers as well as employees. That is when we can say that an organisation begins to enter into a greater “possession of their subjective selves” (Sri Aurobindo).

Interestingly, this corporate attempt to be more in possession of its subjective self doesn’t mean that the organisation will have to necessarily suffer any material loss. A quick example may be seen in the fact that since Satya Nadella took over, Microsoft’s stock price rose by 14 percent and sales increased by 12 percent. Also, unlike his predecessor Nadella is much more “popular with investors, venture capitalists, and startups.[ii] During July 2012 the internal approval rating of Steve Ballmer, Satya Nadella’s predecessor, was paltry 46%[iii] whereas as of May 2016 Satya’s approval rating is at 93%.[iv]

While it may not be possible or even necessary to attribute all these improved parameters to Nadella’s higher emphasis on the overall cultural change in the organisation and rediscovery of the company’s soul and its unique core. But certainly, there is something to be said about the fact that his high internal approval ratings may have something to do with how his vision for company’s future has struck a chord with the members of the organisation, and this despite the fact that soon after taking over the role of CEO he had taken a tough decision of letting go of tens of thousands of employees. Somewhere somehow he has been able to convince a large chunk of people working at Microsoft that the company’s future relies on rediscovering its unique core strength, its soul from which originates everything else that the company does. Leading this effort from the top Nadella said:

“There is something only a CEO uniquely can do, which is [to] set that tone which can then capture the soul of the collective. And it’s culture.” [v]

Nadella’s public statements in this regard speak of his will to pursue this soul-seeking mission. As commendable as this effort is, it is also a sure sign of a deeper change happening at Microsoft. We are reminded of Sri Aurobindo’s words:

“Will is also omnipresent. It can throw itself into all with whom it comes into contact and give them temporarily or permanently a portion of its power, its thought, its enthusiasms. The thought of a solitary man can become, by exercise of selfless and undoubting will, the thought of a nation. The will of a single, hero can breathe courage into the hearts of a million cowards.”[vi]

An organisation’s soul-seeking exercise, however, cannot happen in a vacuum. A rigorous change in the overall work culture, the company’s increasing preference for a more people-focused outlook, and a greater participatory decision-making approach may be some of the important steps to create a greater subjective collective consciousness. For example, in the case of Microsoft, many important changes were made since the arrival of Nadella as the company’s CEO.

“Where Microsoft employees once received mandates from the C-suite, today they share ideas at company-wide hackathons. And where Microsoft once had combative relationships with rivals such as Apple, today the company has forged a variety of new partnerships with Salesforce, Box, as well as Apple. These moves are seen by many analysts as make-or-break plays to try and position Microsoft for growth in a competitive cloud- and mobile-first world.” [vii]

“We are rallying behind a single strategy as one company — not a collection of divisional strategies…We will see our product line holistically, not as a set of islands.”[viii]

“The notion of having work-life harmony in a highly competitive economy is a first-class topic…I think the key is to make sure you’re engaging in a dialog with your employees. There also needs to be flexibility in all the (workplace) policies that someone like me sets and propagates. You cannot have people burn out. It’s bad for your company, and it’s bad for society.”[ix]

To see the organisation as one unified entity with different parts integrating and harmonising with one another, to value collaboration with other organisations, to emphasise flexibility and dialogue when dealing with employee concerns, and to value employees’ wellbeing as part of organisation’s social responsibility are all indicators that Microsoft understands the role of developing a greater subjective sense of its identity.

Discovery of the organisational soul has been the pet project of not only Nadella, but also of several other CEOs. For example, at Synovus Financial one of their weekly activities (“rituals”) led by CEO Blanchard is “a weekly meeting with a rock-the-boat agenda. First question at the meeting: “What are the 25 dumbest things we do around here?”[x]

Numerous other activities aimed at developing a greater subjective collective consciousness are seen in many organisations. These may include remodelling the workspace to allow greater and freer interactions among workers (Microsoft, Google); promoting art in the workspace to inculcate an aesthetic temperament which can facilitate greater creativity (SAS Institute); organising idea generation events, team building activities, etc.

Such activities help in important ways in the discovery of a collective organisation’s subjective self and also facilitates individuals to become more self-aware. However, the risk remains that over time such activities may end up becoming some type of idiosyncrasies or mechanical habits that the organisation continues to follow in a mindless manner, and in which individuals mindlessly or almost blindly participate. When that kind of conventionalism sets in, all deeper meaning and intended purpose of such activities is gone and only the outer shell remains. This is an important reason why corporations must continually reinvent, rediscover and redevelop meaningful strategies and practices as part of their self-development journeys.

Sri Aurobindo when speaking of a nation’s continued self-discovery process of formulating a subjective collective consciousness speaks of possible false starts and misdirected aims. He also assures that behind the “waverings and strivings of our twilit surface minds” the group-soul knows of its intention and is in fact guiding the collective to its fulfilment.

But this is not an excuse for the group to not continue with its efforts and aspiration to discover its purpose. In fact, as Sri Aurobindo suggests,

“by seeing our way and our goal more clearly we may better be able to avoid the waste of energy, talent and even genius to which [false starts and misdirected aims] give rise.”[xi]

Same may be said of any collective organisation.

[i] Satya Nadella: ‘Customer Love’ is a better sign of success than revenue or profit. Business Insider India. http://www.businessinsider.in/Satya-Nadella-Customer-love-is-a-better-sign-of-success-than-revenue-or-profit/articleshow/49266047.cms

2 thoughts on “In Search of Organisational Soul–II (Part 3)” 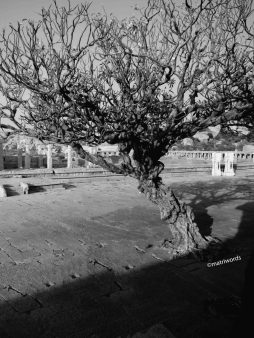 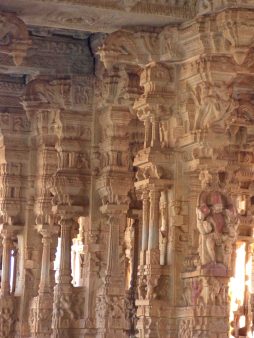 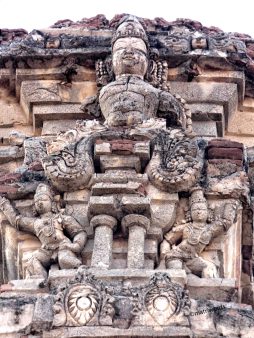 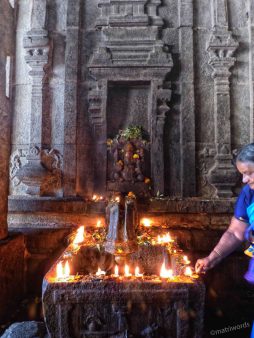 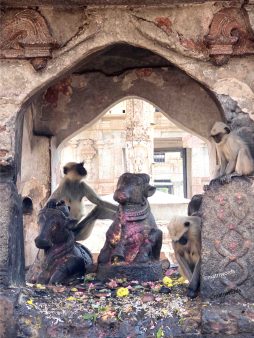 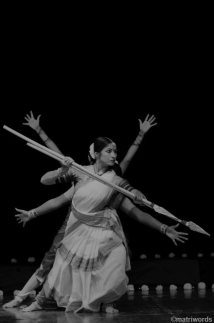 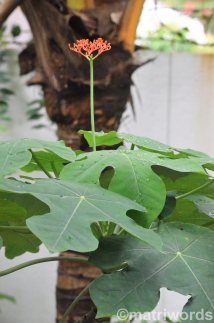 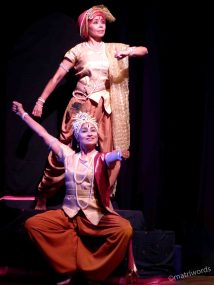 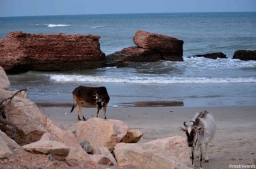 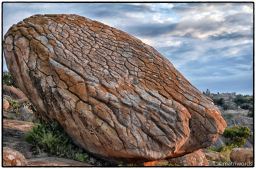 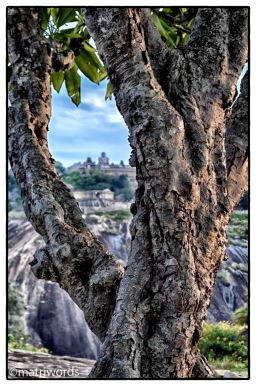 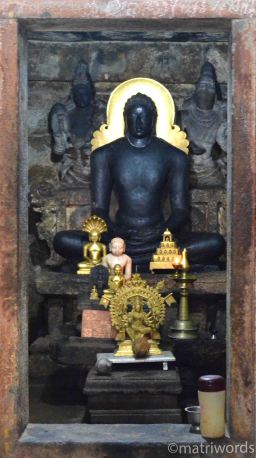 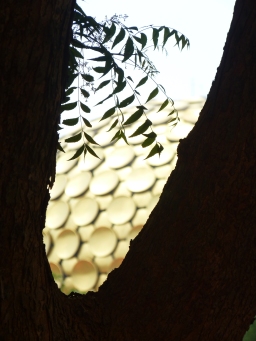