CONTINUED FROM Part 8a

(The August-September issue of Sri Aurobindo’s Action journal is a double issue. For the ease of online reading, the full Chapter VII published in the print-version is reproduced here in two parts – 8a and 8b.) 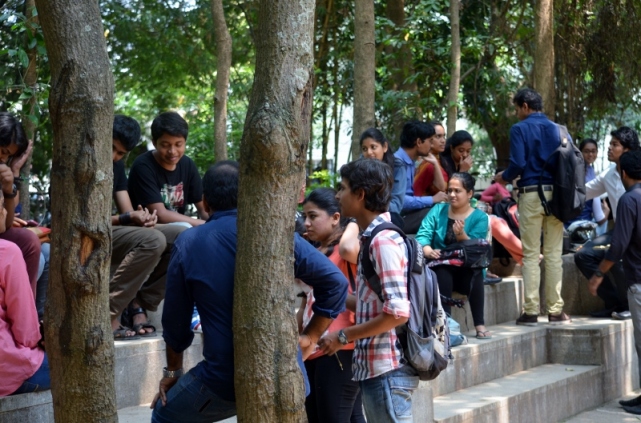 While there was some beautiful description of Sri Aurobindo’s initial spiritual experiences and realisations, Yuvaan felt more drawn to what he thought were more ‘human’ details about him. It was as if he felt that he needed to know Sri Aurobindo more as a ‘person’ first before he could even begin to grasp his ‘spirituality.’ The section on Sri Aurobindo’s married life delighted him. He read about the letters he had written to his wife, Mrinalini Devi.

“These letters are, moreover, Sri Aurobindo’s first confession of faith, the first verbal statement of the sleepless aspiration of his soul. Here we perceive his inextinguishable thirst for God, his intense yearning to see Him, and his unfaltering resolve to be a flawless instrument in His hands. We perceive that behind the surge and glow of his militant nationalism, there was the blazing fire of a spiritual aim. In the light of this secret communication to his wife, we seem to understand something of what he meant when, later, in his Uttarpara Speech, he said: “I came to Him long ago in Baroda, some years before the Swadeshi began and I was drawn into the public field”; and again when he said in the same Speech: “The Sanatana Dharma, that is Nationalism.” His fervent patriotism was but a spark of his soul’s spiritual fire. He loved Mother India with such a self-effacing ardour, because he saw the Divine Mother behind her; and love for the Divine Mother was inherent in him, suffusing and animating every fibre of his being. It was the overmastering passion of his soul. And it was this love for the Divine — in the beginning it was an imperceptible influence — that made him a nationalist. Even when he found himself irresistibly drawn towards Mother India and the work of national freedom, he was secretly drawn towards God and led by His Will. His nationalism was much more than mere nationalism, it was much more than internationalism — it was spiritual universalism, if one can so put it. His Nationalism was Sanatana Dharma. It led him to toil all his life for the divine fulfilment of the whole human race, for God in man and man in God.” [i]

Yuvaan read this passage a few times. These words kept floating before his eyes – his inextinguishable thirst for God, the blazing fire of a spiritual aim, his nationalism much more than internationalism, his nationalism being a spiritual universalism. He realised it will take him much longer to fully grasp what he was reading, but he was deeply moved. He felt inspired, elevated, as if purified somewhere inside. 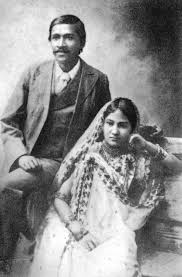 The intellectual side of him was curious to read these letters Sri Aurobindo had written to his wife. Keeping the book aside, he went online and soon discovered the full-text of these letters. He kept reading and then soon discovered the “three madness” Sri Aurobindo had spoken in his letter dated August 30, 1905. As he read that portion again and again, he realised that there has to be some deep inner source from where such profound, penetrating vision, such clarity of one’s life’s aim come.

“I have three madnesses. The first one is this. I firmly believe that the accomplishments, genius, higher education and learning and wealth that God has given me are His. I have a right to spend for my own purposes only what is needed for the maintenance of the family and is otherwise absolutely essential. The rest must be returned to God. If I spend everything for myself, for my pleasure and luxury, I am a thief….

“My second madness has only recently seized me. It is this: by whatever means I must have the direct vision of God. Religion these days means repeating the name of God at any odd hour, praying in public, showing off how pious one is. I want nothing of this. If God exists, there must be some way to experience His existence, to meet Him face to face. However arduous this path is, I have made up my mind to follow it. The Hindu religion declares that the way lies in one’s own body, in one’s own mind. It has laid down the rules for following the way, and I have begun to observe them. Within a month I have realized that what the Hindu religion says is not false. I am experiencing in myself the signs of which it speaks….

“My third madness is that while others look upon their country as an inert piece of matter — a few meadows and fields, forests and hills and rivers — I look upon Her as the Mother. What would a son do if a demon sat on his mother’s breast and started sucking her blood? Would he quietly sit down to his dinner, amuse himself with his wife and children, or would he rush out to deliver his mother? I know I have the strength to deliver this fallen race. It is not physical strength — I am not going to fight with sword or gun — but it is the strength of knowledge. This feeling is not new in me, it is not of today. I was born with it, it is in my very marrow. God sent me to earth to accomplish this great mission. The seed began to sprout when I was fourteen; by the time I was eighteen the roots of the resolution had grown firm and unshakable.” [ii]

Yuvaan was so deeply moved and inspired. He just couldn’t believe the wealth he was discovering here. Why did he never know about any of this, why was he never taught about the life of such a great son of his motherland? His mind began to ask all sorts of questions, but his heart wanted to immerse itself more and more in the ocean of wisdom that was there even in such personal letters of a husband to his wife.

He came across this passage in the letter dated December 6, 1907:

“Occasional separations cannot be avoided, for, unlike the ordinary Bengali, I cannot make the happiness of family and relatives my primary aim in life. Under these circumstances there is no way out for you except to consider my ideal as your ideal and find your happiness in the success of my appointed work.” [iii]

“I have not written to you for a long time. This is my eternal failing; if you do not pardon me out of your own goodness, what shall I do? What is ingrained in one does not go out in a day. Perhaps it will take me the whole of this life to correct this fault…

“…from now on I no longer am the master of my own will. Like a puppet I must go wherever God takes me; like a puppet I must do whatever He makes me do. It will be difficult for you to grasp the meaning of these words just now, but it is necessary to inform you, otherwise my movements may cause you regret and sorrow. You may think that in my work I am neglecting you, but do not do so. Already I have done you many wrongs and it is natural that this should have displeased you. But I am no longer free. From now on you will have to understand that all I do depends not on my will but is done at the command [adesh] of God. When you come here, you will understand the meaning of my words. I hope that God will show you the Light He has shown me in His infinite Grace. But that depends on His Will. If you wish to share my life and ideal you must strive to your utmost so that, on the strength of your ardent desire. He may in His Grace reveal the path to you also. Do not let anyone see this letter, for what I have said is extremely secret. I have not spoken about this to anyone but you; I am forbidden to do so. This much for today.” [iv]

Such complete surrender to the Divine, such profound faith, such total commitment to a noble and pure cause – is this what made Sri Aurobindo who he was? Yuvaan wondered. But something in him told Yuvaan that it is futile to intellectually understand any of this, he needed to ‘feel’ the truth of the words. He needed to feel with what is highest and purest in his heart, because that was the only way to connect with the truth of what he was reading. He was deeply grateful for that moment, the moment he was getting to see this side of Sri Aurobindo through his letters to his wife, Mrinalini.

And then he came to the letter dated February 19, 1919, which Sri Aurobindo had written to his father in law. It was penned two months after the death of Mrinalini Devi in December 1918.

“I have not written to you with regard to this fatal event in both our lives; words are useless in face of the feelings it has caused, if even they can ever express our deepest emotions. God has seen good to lay upon me the one sorrow that could still touch me to the centre. He knows better than ourselves what is best for each of us, and now that the first sense of the irreparable has passed, I can bow with submission to His divine purpose. The physical tie between us is, as you say, severed; but the tie of affection subsists for me. Where I have once loved, I do not cease from loving. Besides she who was the cause of it, still is near though not visible to our physical vision.

“It is needless to say much about the matters of which you write in your letter. I approve of everything that you propose. Whatever Mrinalini would have desired, should be done, and I have no doubt this is what she would have approved of. I consent to the chudis [gold bangles] being kept by her mother; but I should be glad if you would send me two or three of her books, especially if there are any in which her name is written. I have only of her her letters and a photograph.
~ Aurobindo” [v]

Read earlier parts in the series:

4 thoughts on “A Series Inspired by India’s Rebirth – 8b”